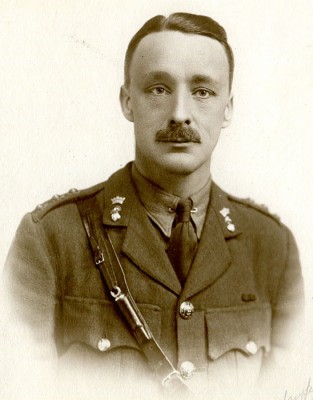 Redmond Barry ‘Algie’ Neill was born in Dunedin, New Zealand, on 20 November 1880 to the large family of Percival Clay Neill, a merchant, who had emigrated to New Zealand from Belfast in 1863, and his wife, Gertrude Fyans. Algie joined the Royal Irish Fusiliers and served in the Second Boer War in 1901-1903, and on the North West Frontier in India from February 1903 until July 1912. He was stationed in England from August 1912 until May 1913, when he was placed in the reserves and returned to New Zealand. He bought a large sheep farm named Clent Hills near Mount Somers and renamed it Barossa after the famous battle during the Napoleonic Wars. He was one of Jess’s admirers.