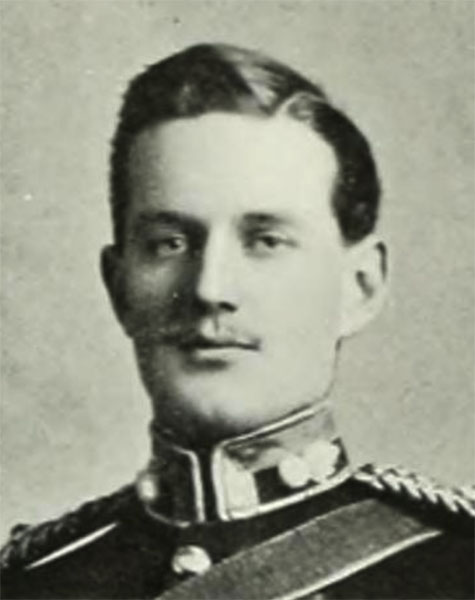 Captain Gerrard Loundes Edward Sherlock (b. 1883) of the 3rd (King’s Own) Hussars, second son of David Sherlock of Rahan Lodge, Tullmore, County Offaly, was killed in action on 25 August 1914. He had been attached to the Nigeria Regiment, West African Frontier Force.

Description: Head and shoulders portrait of Captain Loundes Edward Sherlock.
Date: 1914
Source: The Bond of Sacrifice. A Biographical Record of All British Officers Who Fell in the Great War. Volume I: Aug-Dec. 1914. London: The Anglo-African Publishing Contractors, [1917], p. 356
Identifier: None