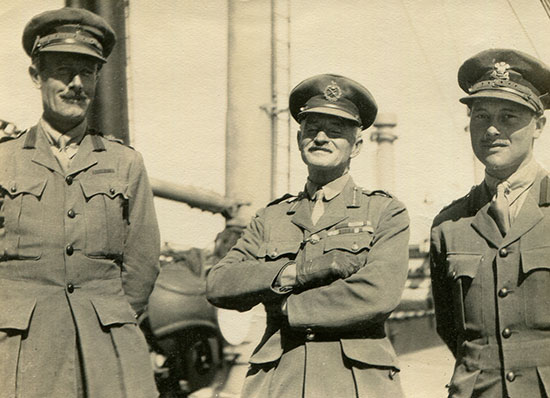 Captain John Hardress-Lloyd (1874-1952) was the son of an Anglo-Irish lawyer John Lloyd and his wife Susanna née Colclough. He was commissioned in the 4th Dragoon Guards in October 1894 and served in the Second Boer War. On the outbreak of the First World War he went to France with the 4th Dragoon Guards before joining Brigadier-General Henry de Beauvoir de Lisle’s 1st Cavalry Division staff. A distinguished polo player, he was a member of the Irish team that won a silver medal at the 1908 Olympics. He was married to Adeline Constance née Wilson (1866-1933).