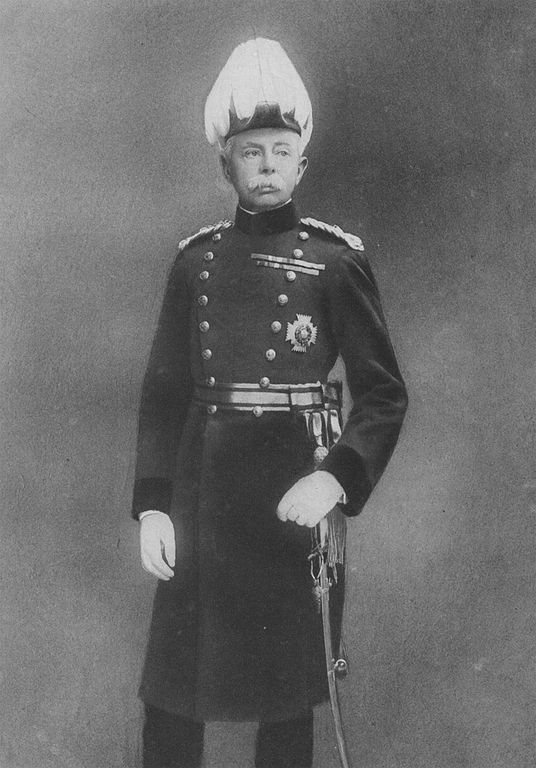 General (later Field Marshal) Herbert Charles Onslow Plumer (1857-1932), commander of the V Corps until May 1915 when he took command of the Second Army following the split of the British Expeditionary Force in two.