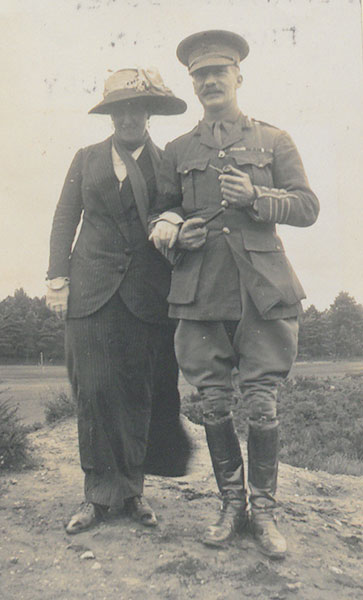 Lieutenant-Colonel John ‘J.V.’ Vaughan (1871-1956) was born on 31 July 1871 in Wales as the second son of John and Elinor Vaughan. He was educated at Eton and Sandhurst. Following his graduation in March 1901, he joined the 7th (Queen’s Own) Hussars and served with that regiment in the Second Boer War. In May 1904 he was transferred to the 10th Hussars and four years later was put in command of the regiment. His tenure ended in January 1911, when he became the Commandant of the Cavalry School in Netheravon. He was a noted polo player and an enthusiastic supporter of fox hunting, a sport which he even included on the Cavalry School syllabus under the pretext “memory training”!