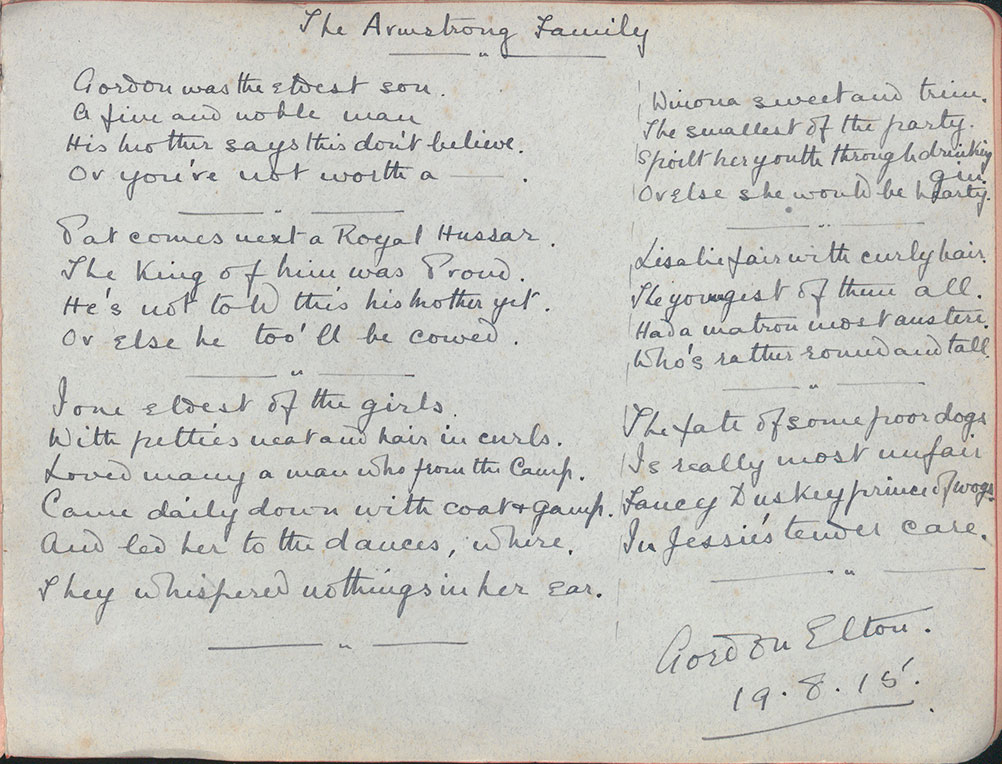 Transcript of a poem by Gordon Elton

Gordon was the eldest son,
A fine and noble man
His mother says this don’t believe,
Or you’re not worth a —

Pat comes next a Royal Hussar,
The King of him was Proud,
He’s not told this his mother yet,
Or else he too’ll be cowed.

Ione eldest of the girls,
With petties neat and hair in curls,
Loved many a man who from the Camp
Came daily down with goat & gamp
And led her to the dances, where,
They whispered nothings in her ear.

Winona sweet and trim,
The smallest of the party,
Spoilt her youth through drinking gin
Or else she would be hearty

Lisalie fair with curly hair,
The youngest of them all
Had a matron most austere,
Who’s rather round and tall.

The fate of some poor dogs
Is really most unfair
Fancy Duskey prince of wogs
In Jessie’s tender care.