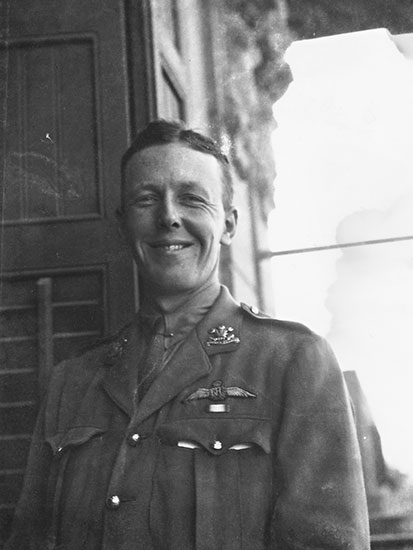 Lieutenant (later Captain) Henry Courtney ‘Brock’ Brocklehurst was an officer in the 10th Hussars, having joined the regiment in January 1908. He later transferred to the Royal Flying Corps. He was born on 27 May 1888 as the youngest of three children of Sir Philip Lancaster Brocklehurst, 1st Baronet Brocklehurst of Swythamley Park, Staffordshire. Like Pat, by the beginning of the First World War Brock had become separated from his regiment, having signed up to join Ernest Shackleton’s Antarctic expedition which departed the British waters in the early days of August 1914. When Britain declared war on Germany, Brock changed his mind and returned to England to serve in the war. Anxious to get to the Western Front, he temporarily joined the 5th Dragoon Guards until the return of his own regiment from South Africa.