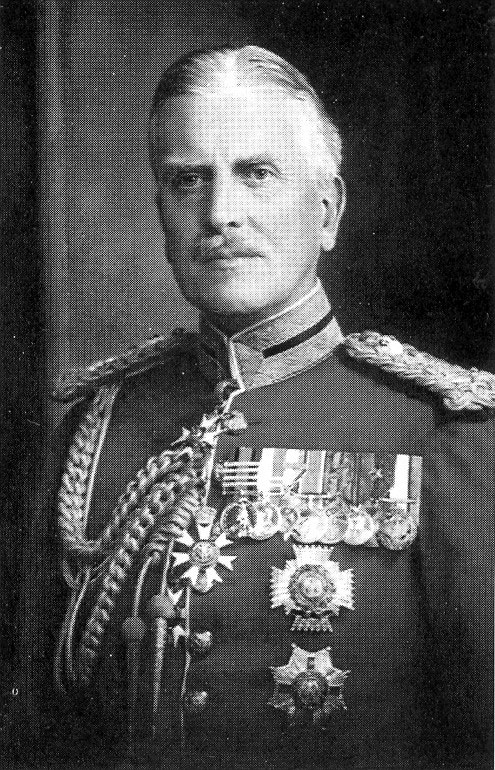 Archibald ‘Archie’ Armar Montgomery (1871-1947) was the son of the Ulster Unionist politician Hugh de Fellenberg Montgomery (1844-1924) and Mary née Maude (1841-1928), Mrs Armstrong’s aunt. Educated at Charterhouse School and the Royal Military Academy at Woolwich, he joined the Royal Field Artillery in 1891 and served in the Second Boer War. In 1912, he was appointed a general staff officer at the Indian Army Staff College at Quetta. At the outbreak of the First World War, he was appointed a general staff officer to the British Expeditionary Force in France. He married in 1896 Diana Langton Massingberd (1872-1963). In 1926, his wife having inherited family estates, he changed his name by Royal Licence to Montgomery-Massingberd. He was first cousin to Mrs Armstrong.