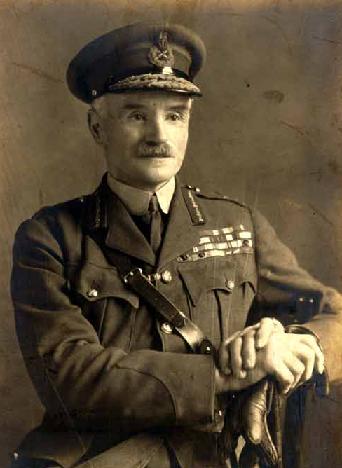 Brigadier-General (later Sir) Henry ‘Beau’ de Beauvoir de Lisle (1864-1955), was commanding officer of the 1st (Royal) Dragoons in 1906 and, from 1911, Commander of the 2nd Cavalry Brigade, in which capacity he entered the Great War. He was later appointed General Officer Commanding (GOC) the 1st Cavalry Division and, in 1915, GOC 29th Division during the Gallipoli Campaign. He returned to the Western Front in 1916 and fought at the Battle of the Somme before moving on to become GOC XIII Corps in March 1918 and COC XV Corps in April 1918. His wife, Leila Annette née Bryant (1877-1938), was the eldest daughter and heir of Wilbeforce Bryant of Stoke Park, Buckinghamshire.