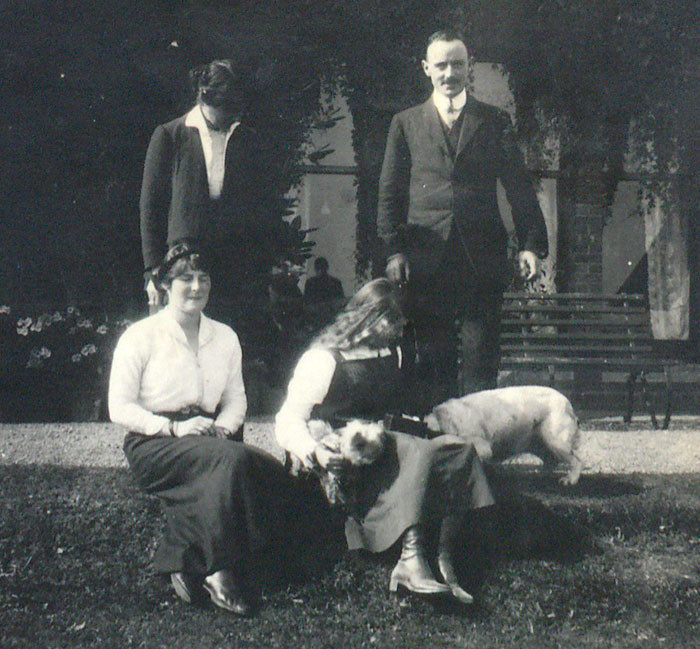 Harold Echalaz Welch was born on 8 March 1879 at Husborn Crawley, Bedfordshire. Having been educated at Lancing College and Oxford, he was commissioned as a Lieutenant in the 4th Battalion Cheshire Regiment (Militia) in May 1898. He served in the South African War with the 2nd Battalion Middlesex Regiment and was awarded the Queen’s Medal for his gallantry and promoted to the rank of Captain. At the time the First World War broke out he was living at Cantreyn House, Bridgenorth, Shropshire, and was courting Mrs Armstrong’s sister, Lisalie Marie ‘Zoo’ Maude.